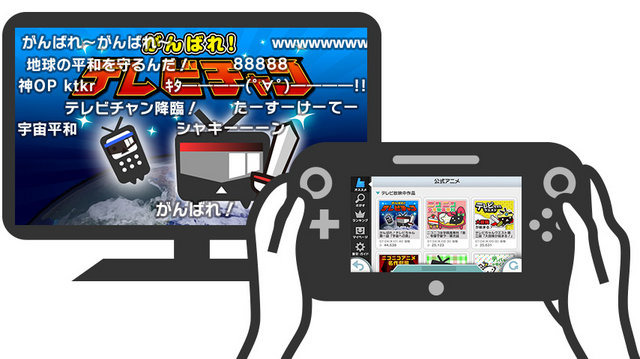 From yesterday at 12pm the Wii U downloadable software for Nico Nico Douga was updated to version 2.50. Using the software you can watch Nico Nico Douga from the comfort of your Wii U.  There are various new features in this update including being able to recommend movies to your Mii Universe friends, toggle the NG level of comments, put a parental lock on and a pre-loaded/predictive Nico Nico dictionary. Among these updates, the most important to anime fans is that you can now watch live broadcasts and channel videos. Now that this feature is included you can watch basically anime that is being broadcasted on Nico Nico Douga(including the new Sailor Moon when it’s released). No word about whether or not the software is going to be translated into English yet though.